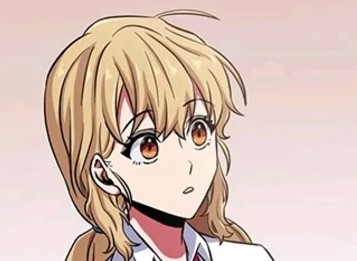 Hello fellow readers! Guess what, Tomb Raider King chapter 108 will be our discussion today. But, the chapter hasn’t been out yet, so let’s just take a look on what was left on chapter 107. Let’s go!

Wade Harman locked Seo Jeo-Heon and his squad in the tomb while Wade was hiding. Miller also showed that Jeo-Heon was different from the alliance. They were, however, surrounded by all sorts of diseases. Then Jeo-Heon exploded the relics to cure all the diseases. Yet the diseases kept coming, and Jeo-Heon burned them all to the ashes. After the fight, artifacts appeared in the tomb, and Miller found an important relic called Gilgamesh Epic. Miller, however, would not have given the relic to Jeo-Heon because he feared the relic was dangerous.

Turned out, Seoul Ah, Jae-Ha, and even Miller were contaminated but not Jeo-Heon because he improved his immunity. Later, Jeo-Heon discovered that the air was a source of contamination, and so he put everyone in a house relic. So Jeo-Heon decided to destroy the entire tomb along with Harman. That’s supposed to blast Jeo-Heon too, if he didn’t use the aegis shield. And then, boom! The place was blown up.

It is assumed that the Hippocrates poison relic was the source of infections. Then, Jeo-Heon explained to everyone that the disease monsters they had battled before were a decoy, so that they would inhale the air containing the real poison. Jeo-Heon gave them the fruit of Bullocho to cure the sick. He also gave the fruit to Miller, and then in exchange took the fragment of the Gilgamesh Epic. Miller worried that the relic would be risky if Jeo-Heon were to take it to the outside world. Yet Jeo-Heon was drinking the relic, and it shocked everyone, and so did me!

The story of Tomb Raider King Manhwa revolves around Seo Jeo-Heon as the main character. The tale begins with the arrival of the tombs of gods in the world. The tombs come with many artifacts that allow people to have legendary influence. And, unexpectedly, an unseen Tomb Raider emerges. The aim is to raid all the relics. It’s called the Tomb Raider King. What’s yours is yours, what’s yours is mine. This is a story where a tomb raider comes back and wants to get all the relics for himself.

I’m so surprised! What’s going to happen to Jeo-Heon after swallowing the poison? I know he ‘d be all right, but why? The next chapter will give us the explanation why Jeo-Heon drinks the poison. Let’s just wait for it!