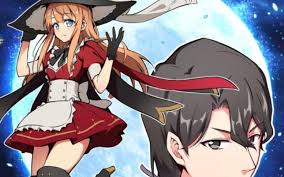 Everyone, let’s talk about Release That Witch Manhua Chapter 167! But, before that let’s have a recap on the previous chapter first.

The Pope is talking about the death of Heather and how they’re going to take revenge on her. Even though the church doesn’t seem to like witches, they actually use their power as well. They even had subservients of pure witches. Apparently, the church is preparing a deadly weapon to destroy city walls and ships that require the abilities of witches to operate.

Roland Wimbledon, on the other hand, has a meeting with the City Council, which consists of nearly 100 people. The expansion of the town is going really well, and Roland predicts that it will soon be a real city.

The Pope is planning something. It is likely that the enemies’ next moves will be revealed more in the upcoming chapters. As Roland has promised to give raise to his people’s salaries, it is likely we will see more new projects around the city.