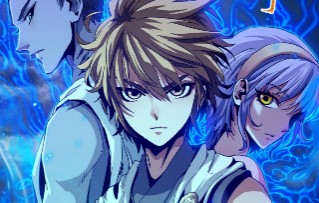 Chapter 37 of Battle Through the Heavens Return of The Beasts Manhua will be out soon, guys! Let’s talk about its date of the release. We are also providing you with chapter 36 recap.

Lu Zhun manages to climb the giant tree, trying to reach Xiao Zhao. Yuan Fang confronted Him. Yuan Fang warns him of Jin Xiao, the Lion Emperor’s Second Prince. Before that, Lu Zhun is demanding an actual fight. Then, they both fight intensely. Lu Zhun shows no hesitation in using Twin Dragon Split. Lu Zhun knew he has been targeted by the Yuan family in the past. Yuan Fang says his family doesn’t just want to settle for being the Ape Race leader, so he’s trying to kill Lu Zhun for that.

Battle Through the Heavens Return of The Beasts Manhua Synopsis

Once again, the evil race from the outer worlds has invaded The Great Thousand Worlds, the King Mu Chen, the martial arts godfather Lin Dong, the fiery emperor Xiao Yan, and other mighty ones battling to death to save billions of lives. Though the Land of the Godly Beast is in the shadow of battle at this time. Ministers fighting for power after the assassination of the Ape Leader.

The fight just got started by the guys! Clearly, in chapter 37, we will see more of Lu Zhun ‘s battle against Yuan Fang! We are sure that Lu Zhun will win and continue his journey upward to save Xiao Zhao!

Great news! Chapter 35 and 36 have been released! You guys excited to read Battle Through the Heavens Return Of The Beasts Manhua chapter 37? Once in a several days, a new chapter is released. Since chapter 36 was out on July 20th, it is very possible that chapter 37 will be out by next week!