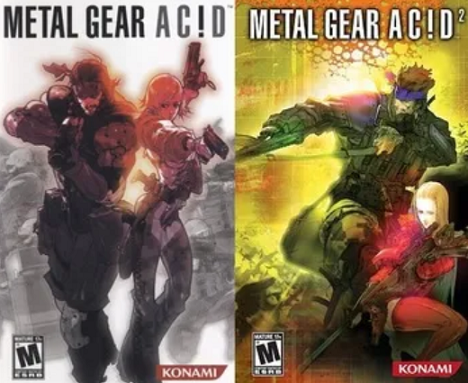 Hideo Kojima. Anyone who’s anyone who games knows this game maker. His name is up there with Yuu Suzuki, Hironobu Sakaguchi, and Shigeru Miyamoto. Hideo Kojima has a huge list of games like Snachers, Policenauts, and Metal Gear. which is one of the the most successful game series of all time.

Metal Acid was introduced in December of last year as a new type of card based tactical strategy game using the metal gear world. While this game was brilliant Kojima productions outdid themselves with Acid 2. Comes with new cards, new bossejs, and TOBIDAC!D which gives the games visuals depth bringing new possibilities with psp gaming.

Metal Gear Acid 2 you start off captured by FBI agent Dalton and persueded to check out a research facility the action starts from there and I’m not tellin’. Anyway Theres new Gameplay that make playing even more fun than playing the first of the series. the first thing I noticed when playing for the first time is how now its possible to shoot around corners just like in the other MGS games. also you can run, put your back to a wall and knock then run all with one card. Also there are alot more counters this time making for more exciting action.

Holy….Oh i fought this type of samurai before, no big deal 🙂
This game Starts with an easy and normal mode select. The game is strategy so if you lack the attention span needed play checkers or chess with machine gun fire and explosions this game may not be for you. There are tons of bosses and after almost a week playing a few missions a day I just beat the second one today.

Just try to catch me! Your Pet Snake is Mine!
Kojima Productions decided to change the graphics and layout for the sequel for this successful psp series. This time Snake gets cellshaded. This makes seeing everything easier and with the character design works alot better than if they used the texturing used in acid.

Man these missions put a strain on my diet..I knew fast food Wasnt good for me!
Sound in this game needs to be heard to be believed. everything sounds the way it should from the metal gear universe. Vocals, explosions, gunshots, and footsteps sound great. The music is perfect and compliments the action perfectly. Its almost soundtrack worthy

Weird no one sees me, i love being invisible!
There are link battle options and and arena. wether or not one game is needed I’m not sure. I’ll test it tonight. If this game is anything like it was at Tokyo Game Show only one copy is needed to play.

Darn! What happened to my Ak-47 Set 🙁
With 500 cards, movies and extras to unlock(possibly a 3D MGS4 video?), Link capibility with Metal Gear Solid Snake Eater Subsistence, This game has quite a replay life. It will definately last you until MGS4.

Kojima productions introduced Tobidacid at TGS. Its a cardboard perephial that works with the psp to create 3D graphics using Solid Eye Mode. I was wondering how you get one and even asked the the people who work at the game shop I frequent when I bought the game on release. They didnt know. little did we all know it comes included with the game. It took a while to perfectly assemble it (which was scary because you only get one and a rip is all it takes.) but after a bit of origami and instruction reading I had it together and strapped it over my psp. for those of you who will download this game, youre missing out. this is definatly worth the $40 I paid for it. using Tobidacid text and stats float off the screen. There is depth between characters in the foreground and background, and all of the explosions and gunfire look unbelievable! also you can watch movies from MGS3 in 3D which is insane! for those that werent able to see the opening scene using Tobidacid at the Tokyo game show- If I could choose a 50 cent word I would use Astonishing. Also among the unlockable videos are 3D videos of the AC!D GiRLs doing stuff like playing seductively with guns, shooting eachother with waterguns wearing wet t-shirts and other fun stuff- I imagine that wont make it to the American version. All in all this is definately one to add to the library.
After clearing the game you can watch the MGS4 Trailer using TOBIDAC!D. I thought seeing this trailer at TGS in the Konami theater was unreal! Watching it in depth is freakin sick!!

My score (added from reading tanuki’s review by me): 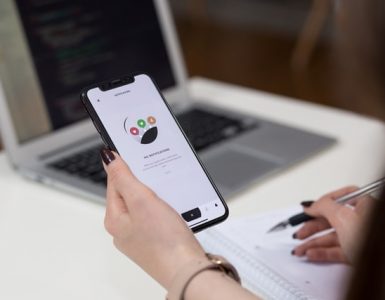 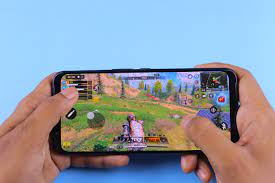 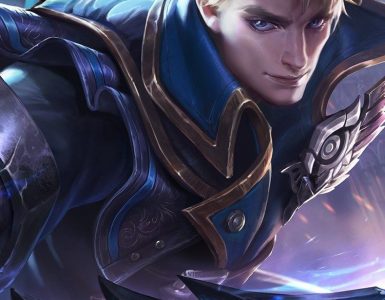