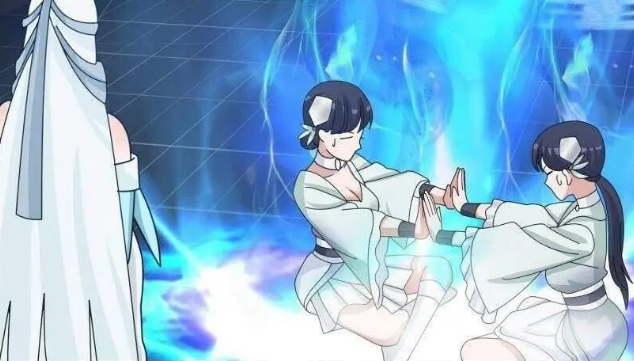 Chapter 1495 of Martial Peak Manhua is coming soon and we’ll talk about it now! We’ll show you the release date of the chapter. But, let’s have a recap of the previous chapter first before we get into it.

The secluded experts began to look for Yang Kai. When they found Yang Kai, they began thanking him for his guidance. When they found out about Yang Kai’s identity, they quickly apologized for their behavior to him. Yang Kai then forgave them. After that, he offered to give the Nine Heavens Holy Land to them in exchange for a favor. At first, the two experts were reluctant. But they ultimately agreed after Yang Kai offered to provide them secret arts and artifacts. Yang Kai then started setting up the teleportation array. Yang Kai He and Gui Xia returned to the Azure Three Star once he finished. Yang Kai received the report on the people that came to the Azure Three-Star after he arrived. Yang Kai prepared to meet with Ye Xi Yun when he noticed she had come.

Beyond heaven is another heaven, beyond martial expert there is another martial expert. Martial arts are timeless, there is no pinnacle in martial arts. Yang Kai is a trial student at the High Heaven Pavilion, and because of a birth defect, he is unable to make progress on the road of Martial Arts. His life changed when he discovered the Black Book, the secret of the Great Demon God. The Golden Skeleton comes from the book and integrates itself into the body of Yang Kai. It fixes its meridians and replaces its own skeleton to allow it to practice martial arts. He works hard and blossoms as one of the greatest stars in the High Heaven Pavilion. He wants to learn to be the best and to put him on the journey to the top of the martial world.

Why did Ye Xi Yun come to the Azure Three-Star? Is Yan Yang in danger? Let’s find out the answers in the next chapter of Martial Peak Manhua!