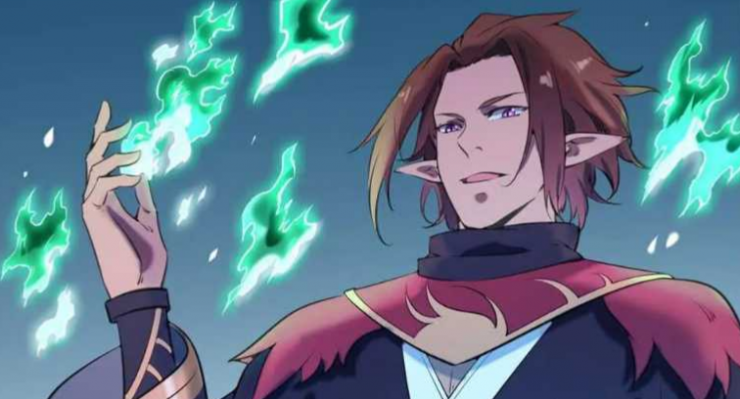 Good day! Today, we will give you insights of Apotheosis Manhua chapter 793. First, let’s have a recap on what happened in chapter 792.

When Luo Zheng walked around the 13th branch of the sacred tree, he sensed something unusual about the area. He knew he was walking around in a circle, and he’d always come back to the huge skull he ‘d seen for the first time. Later, he decided to fly to investigate the surrounding area. There were enormous eyeballs in the sky, and he could see a purple light in front of him. He couldn’t care less about the eyeballs, so then he went to the purple light. Alas, he’s still in a circle, and he’s still coming back to where he’s started. So he tried again, but he just flew through space this time and found no use either. The giant skulls around him were weird, too, so he decided to destroy it. Upon destroying the skulls, a shadow creature appeared and Luo Zheng claimed he now understood the situation.

This is the story of Luo Zheng, the former master of the Lou household. His sister was abducted by a powerful force after something had happened to his father, leaving him to be captured by someone to see him as nothing more than a punching bag for a punching lesson. One day, Luo Zheng tried to burn the ancient book of his father, and the gold parchment magically climbed onto his body. The enigmatic book, little he understood, exposes a secret spiritual technique and gives him magic, incredible power. This Luo Zheng is the greatest sword and mysterious item in the world. Instead Luo Zheng manages to overcome all the enemies and obstacles to save his sister, Luo Yan.

Unlike the other branches, the 13th branch was so odd that it was so quiet. Luo Zheng already knew what the situation was like. So, what was that? Well, we do need to read the next chapter to understand the situation. Okay, just keep reading guys!