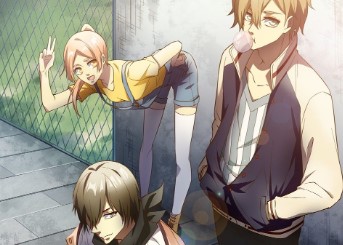 How’s your day, guys? Today we’re going to discuss about chapter 256 of The Last Human Manhua prediction and release date. Don’t worry, if you haven’t read the previous chapter, we’ll give you a chapter 255 recap too!

In chapter 255, we saw two persons, Liu Hang and Ah Jian, were checking the power station. They met with Director Lin who already changed into a zombie inside. Eventhough both of them tried to run away, Director Lin captured and preyed on them.

Sometime later Zuo Tianchen saw Director Lin himself when he turned up from the power station building. But before he could attack them, Director Lin became conscious again after meeting his daughter, Xiao Xi, who also tried to approach him. Director Lin immediately told all of them to flee.

Zuo Tianchen is the last human to live in a mutated city infested with zombies. Only when he’s sure he’s going to die, he finds his soul coming back to just ten years ago, just before that ill-fated day. He swears that this time around, he will protect the ones that are precious to him and reunite with his former lover. See his challenges in his mind for the next ten years, ready to live!

It’s not hard to predict that the next chapter will contain a big battle. Will Luo Lan and Zuo Tianchen be able to stop Director Lin once and for all?