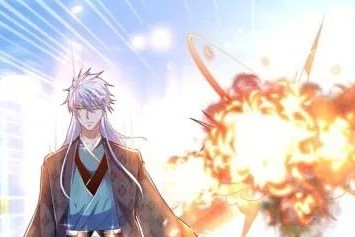 Hey everybody! Today we’re going to discuss the next chapter 452! We also include a recap of Chapter 451 so you guys can easily remember the story once the newest chapter is finally published!

Chen Beixuan has defeated Zhao old man. Yet Beixuan is warned by the old man that he should never mess with the existence that put bloodline restriction on Chinese people. The Ancient Demon Race all of a sudden comes from another world and breaks through space. They think that there is only one ship, yet the others turn up as well, bearing the crest of the Ancient Demon Race’s Imperial Family. Once Shen Xi asks Beixuan and Xiao Man to leave, Beixuan morphs himself, telling them he will later search for them.

Chen Fan, a monk during the anti-cataclysm, has fallen into disaster, but he has a dream of going back to earth for 500 years. Chen died when he was about 500 years old at the time of the Divine Retribution, when he tried to climb into a higher stage, and he reincarnated on earth in his young self. With 500 years’ worth of immortal cultivation methods and hidden arts, Chen is committed to fighting anyone who tries to provoke him in any way. There are many stages of cultivation in the world in which Chen Fan lives. It is divided into two types, both non-immortal and immortal. The non-immortals consist of the outer strength, the inner strength, the sublimity master, the great master, the divine realm, the immortal human, and the immortal earth. Chen Fan ‘s story then continues on his journey of beating others, even though his enemy has a higher state than him because of his special abilities. The battle between the two continues.