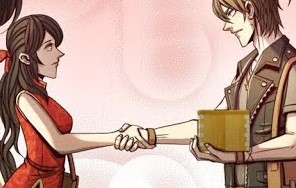 Good day everyone! In this occasion we will be talking about the prediction and release date of chapter 119 of Return from the World of Immortals Manhua. In case you haven’t read the previous chapter, please don’t worry because we will also provide chapter 118 recap in this article!

Return from the World of Immortals Chapter 118 Recap

In chapter 118, Jiang Shao and Du Shao were captured by Tang Xiu and friends after destroying Baiyan restaurant. Then Tang Xiu ordered Tian Li to get a hold of Du Family head and Jiang Family head. Tian Li told them that they have to come themselves if they wanted to save their sons.

Soon afterwards, Li Jufeng who was told of what had transpired spoke with both heads of the family. He informed them his subordinate had already been assigned to investigate the Baiyan Party. Without delay Li Jufeng takes the two heads of the family with him to save their sons.

On their way to meet Tang Xiu and Baiyan Group, Li Jufeng revealed to the two family leaders that Gu Yan’er, the owner of Baiyan Group, had saved him once when he was taking care his business. As a token of gratitude, Li Jufeng gave freedom to Baiyan Group so that they can develop freely in Hong Kong Island.

After meeting with Tang Xiu, who was accompanied by Awen and Awu, Li Jufeng tried to negotiatie with him. But suddenly the head of Du Family ordered Tang Xiu to give him back his son. And then he told his 500 men to take down Tang Xiu!

Return from the World of Immortals Synopsis

Tang Xiu went through the merciless betrayal of his friends and lover, and an accident made him mysteriously reincarnate in his previous body on earth. He spent 10,000 years in the immortal world only to find out that it was worth a year on earth. Using his knowledge and abilities, Tang Xiu then decided to go back to the world of immortality to seek revenge and protect his loved ones.

Return from the World of Immortals Chapter 119 Prediction

Most likely in the next chapter we will see Tang Xiu in action. Can he defeat those 500 men? And then what will happen to Li Jufeng and his friends? It sure is getting exciting.

Return from the World of Immortals Chapter 119 Release Date