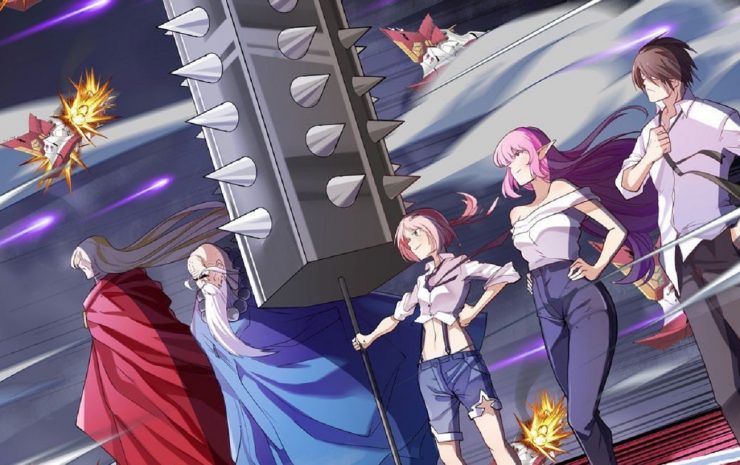 Hello, buddies! It’s so exciting to discuss chapter 208 of Hero? I Quit a Long Time Ago. Too bad this chapter hasn’t come out yet, but we can do something like remembering what happened in chapter 207, can’t we? So, let’s do the recap!

Hero? I Quit a Long Time Ago Manhua Chapter 207 Recap

Zero and Lil ‘Yu finally reached The International Mental Reconstruction Centre. After that, Zero started to give Lil’ Yu all of his weapons that he took back from the Warlanders. Then, a Warlanders suddenly appeared as they were chatting. As Zero tried to take care of this Warlanders, Lil’ Yu prevented him. She told him to let her fight this Warlanders while he should be focusing on defeating Professor Gorilla. Zero then chose to let Lil’yu deal with this Warlanders. However, he didn’t go too far from there so he can still be watching Lil’ Yu and prepared to help her if she got into trouble. Lil’ Yu then started to fight this Warlanders, and with the help of Zero’s weapons, she managed to defeat that Warlanders. Then she told Zero to go on and don’t mind her because she can take care of herself. Realizing that Lil’ Yu was strong enough to watch out for herself, Zero started moving to defeat Professor Gorilla.

Backed by all manner of disasters and catastrophe, Zero became the first true superhero of mankind. Superheroes appeared under his leadership in the crowds. After five years of continuous fighting, however, he disappeared from the people’s eyes.

Hero? I Quit a Long Time Ago Manhua Chapter 208 Spoiler