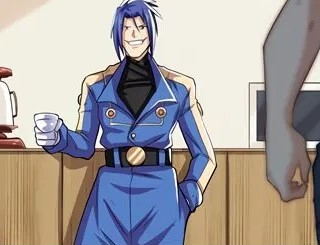 How’s your day, guys? Today we’re going to discuss about chapter 216 of Hero? I Quit a Long Time Ago Manhua prediction and release date. Don’t worry, if you haven’t read the previous chapter, we’ll give you a chapter 215 recap too!

Recap of Hero? I Quit a Long Time Ago Manhua Chapter 215

In chapter 215, the Emperor of the Warland Empire claimed that playtime was over and that the empire must unleash a full scale invasion to earth. He ordered his subordinates to destroy all armed forces in earth and he would also participate directly in the Warland Empire army’s invasion on earth. But he also didn’t forget to command the four celestial swords that were owned by Zero to cause destruction on earth. Fortunately Evan noticed the Emperor’s plan of invasion, and he talked about how they can stop it with Dao Qi Zhan and Zero. Evan also informed them about how the four celestial swords were causing destruction in some cities, which made Zero shocked.

Backed by all manner of disasters and catastrophe, Zero was the first true superhero of mankind. Superheroes appeared under his leadership in the crowds. After five years of continuous fighting, however, he disappeared from the people’s eyes.

Hero? I Quit a Long Time Ago Manhua Chapter 216 Prediction and Spoiler