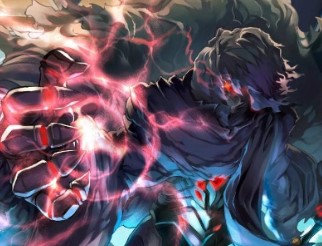 Hello, buddies! It’s so exciting to discuss chapter 207 of Hero? I Quit a Long Time Ago. Too bad this chapter hasn’t come out yet, but we can do something like remembering what happened in chapter 206, can’t we? So, let’s do the recap!

Hero? I Quit a Long Time Ago Manhua Chapter 206 Recap

The S-rank comrades could be seen all right, because Evan was using a bomb that only affected the warlanders. Kukuro was chasing Evan to the Warlander spaceship to kill Evan. Apparently, Evan had such a good idea. The ship was fitted with explosives that would explode immediately after Evan ‘s death. Later, when other warlander spaceships came closer and almost reached their ship, Kukuro asked his army to fire the fleets. Yet because Evan had planted nanomachines inside Kukuro, Evan was able to control Kukuro. Subsequently, the ships struck their spacecraft and exploded. Apparently, Evan was using a teleportation right before the collision. Kukuro was not even able to move his body right now.

Backed by all manner of disasters and catastrophe, Zero became the first true superhero of mankind. Superheroes appeared under his leadership in the crowds. After five years of continuous fighting, however, he disappeared from the people’s eyes.

Hero? I Quit a Long Time Ago Manhua Chapter 207 Spoiler

Evan was getting smarter every time he turned up. Because now he’s controlling Kukuro, what’s he going to do? Apparently, he’ll make Kukuro suffer before he ends Kukuro. Well, we ‘re going to read the next chapter to know that.